Now, I probably won’t cover everything but here’s a few key points which stuck in my mind… 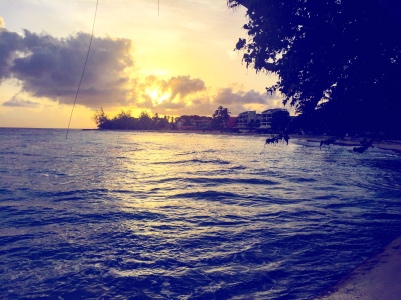 The locals are some of the friendliest people you will ever meet.

The problem for us British?

They are far too friendly for our liking, well until we get used to it anyway.

They will try and sell you stuff you don’t want. They will try and invite you into their ‘bar’ which is actually just a seat on a beach with a local selling drinks from the back of his car, if youre lucky he may even have a coconut for you!

Barbadians will never be rude or ignorant towards you. They must be the most relaxed people I have ever met, the word ‘quickly’ does not exist.

However, don’t feel pressured into buying anything from them or even allowing them to be your tour guide, which leaves me on to my next point…

I would recommend hiring a jeep and doing a tour of the Island. You can easily do it in 1-2 days!

I loved my jeep, I felt like Barbie driving around in my little 4×4 automatic soft top!

However, don’t be fooled!

Cars which are hired to tourists have a different registration plate to other cars so you can be spotted easily. We were asked if we could provide a lift to the top of the hill by a local, which we agreed too. On the way up he started telling us all kinds of facts, it was a really interesting insight to the little island but it wasn’t long before we started to think hmmm… how much is this going to cost us?

When we got to the top, he hopped out and explained he was a tour guide and if we wanted to go any further with him we would have to pay around $40. We immediately said no, told him we shouldn’t be paying him as we didn’t ask for this service, he just ‘wanted a lift’. We became soft and gave him a small tip but we learned our lesson pretty quick!

Boogie buses are the smaller buses which only fit around 20 people on them. They are generally crammed with people but have some serious TUNES blasting out. All the locals on the bus will be bopping away, if not dancing. It’s a real experience compared to your normal bus!

And when you get to Bridgetown? 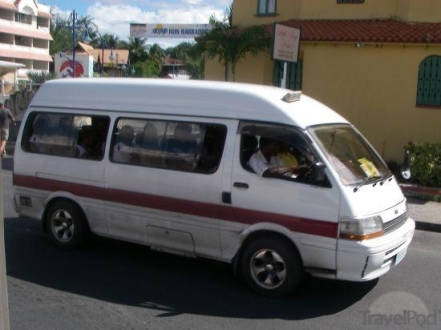 Don’t be scared of it, or the after effects of it…. You know what I mean.

If the locals eat it, you can eat it. (Personally, this rule applies everywhere for me and some of the BEST meals I’ve tasted have been street food)

And oh my, is it tasty! Fish, Chicken and Curries all cooked with some of the most beautiful spices. And not to forget the Macaroni Pie which is a speciality! You can eat in a restaurant catered to tourists everywhere so why not try some real Barbadian street food cuisine. You will not be disappointed and you’ll still have a pocket full of pennies left for….

Even if you’re a hard-core beer drinker with an oath to never stray away from the golden ale, you HAVE to try rum.

Rum cocktails are delicious and to be honest, they’re hard to avoid! Rum is everywhere especially at happy hour and you know what? EVERY hour is happy hour in Barbados! 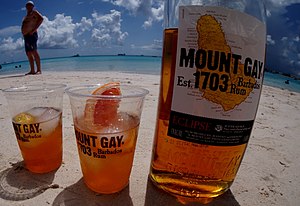