I like to think of myself as being fairly well travelled with quite a few different experiences under my belt.

I like to think that there isn’t much that phases me or many situations that I can’t handle myself in.

I thought all of this, until my first hour in Marrakech…

We had been awake since 3am, ready to catch a 6:30 flight from Liverpool to Marrakech. After our beautiful welcome at the Hotel Darsor, which I will go into in a later post, we decided to head out and see what the Old Town Marrakech had to offer us!

We arrived at the Katoubia, a beautiful Mosque from the outside, I’d love to tell you what the inside looked like however this was a Muslim only Mosque. 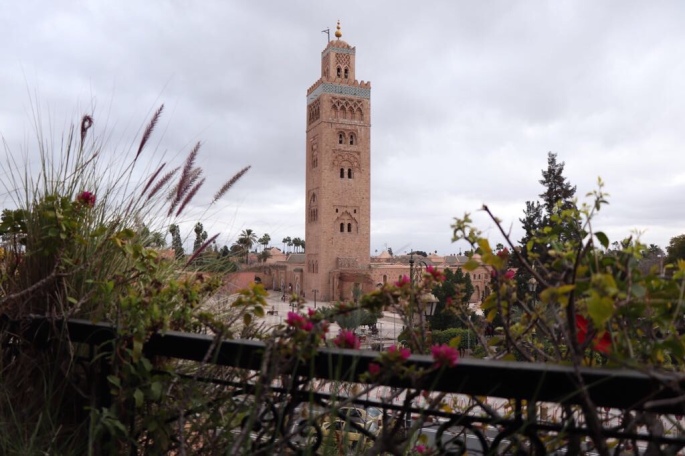 Tom wandered away from me to take some pictures and I dazed around in awe at the madness surrounding me! There were people selling glasses, watches, umbrellas, some going to pray and some just going about daily life.

Suddenly, out of nowhere a woman and her mother appeared asking me if I wanted Henna, I politely told her no thank you. She asked me ‘maybe tomorrow?’ I said yes, maybe but not right now.

I thought to myself, I can handle this, it’s just like the ‘lucky lucky men’ of most European Cities, I’ve got this well under control! I went to turn away and before I knew it she had my hand in hers and was proceeding to Henna all over it.

In real quick time, it was like my life was going in fast forward! Her and her mother were telling me what every symbol and sign meant, how it would bring me good luck, how they are original berbers from the mountains and all I could do was stand there in shock whilst this woman unwillingly coloured me in! 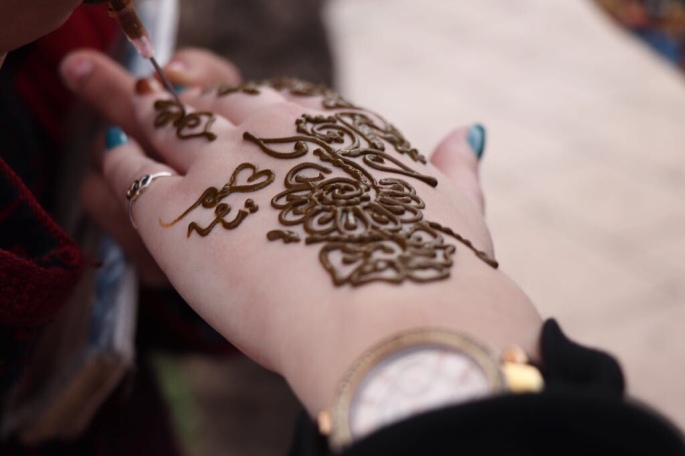 Don’t get me wrong, she had some incredible skill and the speed she was going at meant she was obviously a pro, but I had said no, numerous times in fact and yet here I was, being Henna’d up!

I looked for Tom to try and make eye contact but he was snap snap snapping away whilst I was being drawn all over. When he arrived back he looked as in shock as I did at the new artwork which had been added to the back of my hand! I think completely speechless was the word, the woman asked him to take a picture, so he did. It was like he was drawn in to this complete madness too!

When she finished I was informed I got a ‘special price’ we were both tired, dazed and in so much shock that we didn’t even question the fact we were about to pay for something I didn’t even ask for, or consider haggling the price. Tom just handed the money over in awe of what had just happened in such a short period of time.

It was only when we walked away, we realised how much we had actually paid for this and let’s just say – it wasn’t blinking cheap, in-fact we could have had 3 meals for the price we paid.

I apologised frantically, I’m sorry, I don’t know what happened, I said no, they just appeared and she did it anyway! After a few minutes of shock, I realised actually – it was Tom that handed over the cash so I felt a little less guilty as I wasn’t the only person at fault here!

We wandered off for some lunch and I couldn’t decide whether to laugh in shock or cry because part of me felt quite violated… I said no! 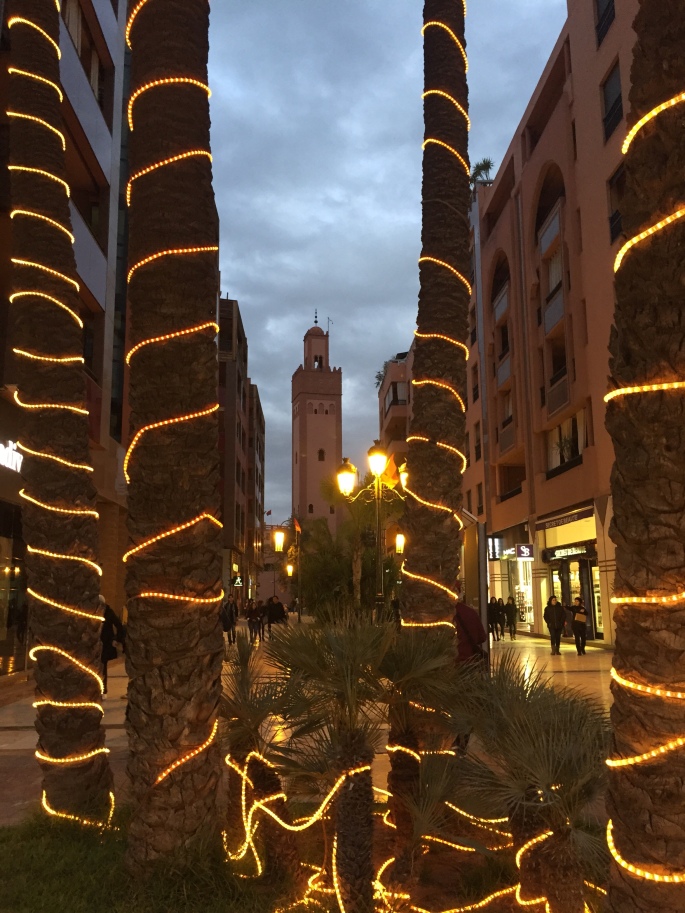 After a while, we started to laugh about it, we had done our good deed for the day as we had probably paid to feed her family for a while. We put it down to just being one of those things in a few weeks, months, years time we will tell friends and laugh about it. We were right to think that way as now here we are, sat in the airport reliving the last 5 days and LAUGHING at our first experience of Marrakech!!

It taught us a few things which helped us get by for the rest of the trip, no doesn’t always mean no to these people, you have to be firm, stand your ground, walk away and most of all haggle haggle haggle! It certainly gave us the wake up call and culture shock we needed early on!

But note to self, maybe next time have a nap and head out feeling a tad sharper when we’re going to experience a new culture!

2 thoughts on “When No, Doesn’t Mean No”